SBADS Skittles Team: Top Individual Score and Team runners up in the SBSL

SBADS Skittlers achieved two mentions at the end of season prize giving in the Club in Brent last night. 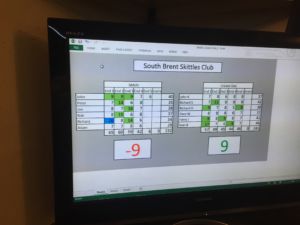 Richard Chapman for his season-topping individual end score on 5 April  of 26 (out of a possible maximum of 27).  His incredible score can be seen in this shot of the scoreboard during that match, which SBADS went on to win by 325 to 287. 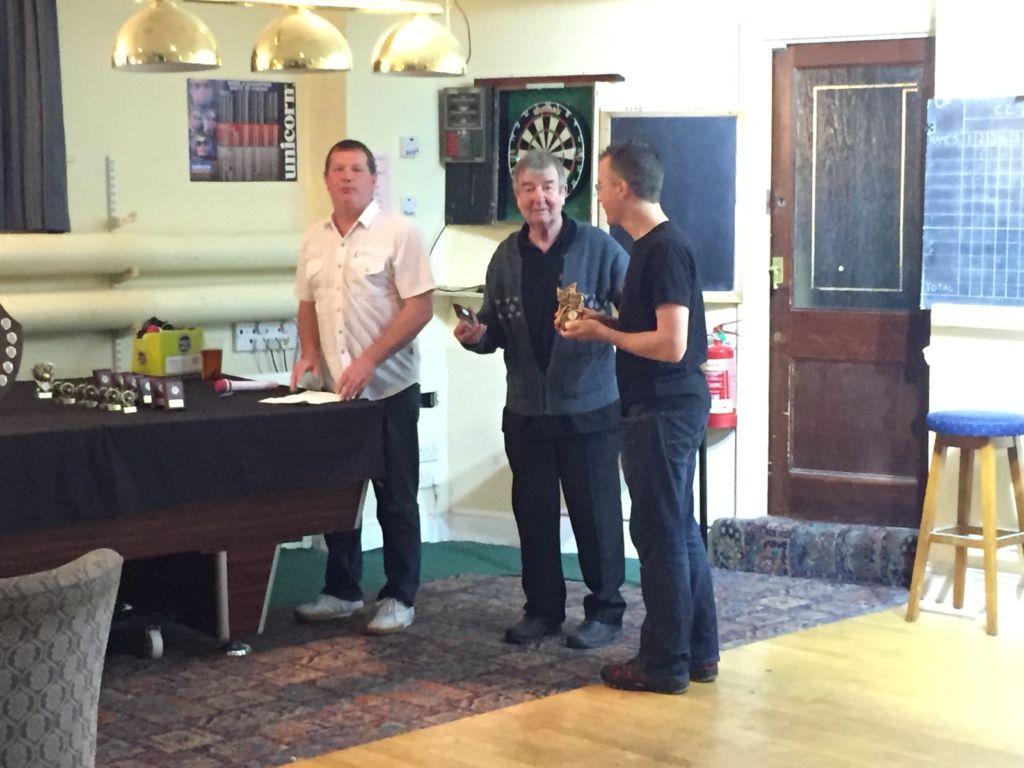 The team, which has been variously formed by many stalwart team members during the season, depending on their availability, came second to the all-conquering Owls team this season.

Adam Cook – our trusty captain, is seen here receiving the trophy from Ern, the man behind the bar.

Below is the trophy and the individual mementos.  Here’s to next season 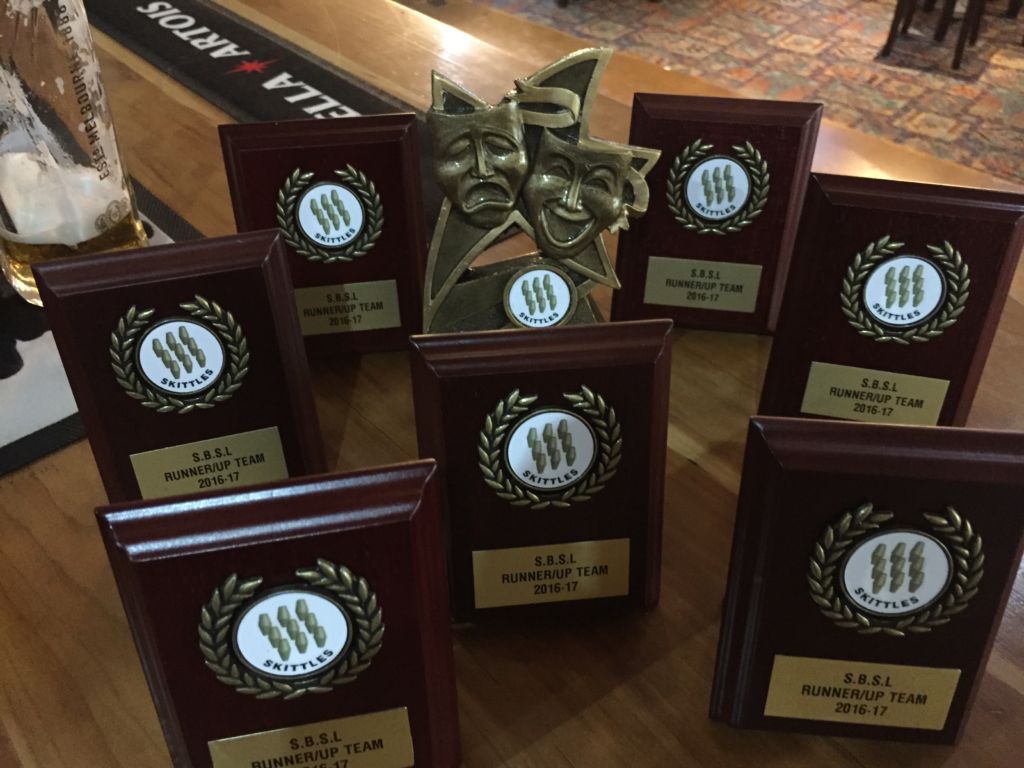