TADDFEST 2019 – Looking for a Director, a play and actors! 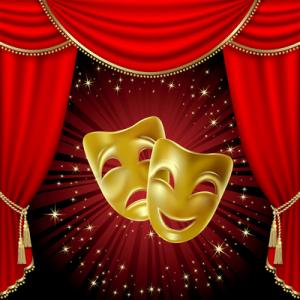 The Chairman and Committee of TADDfest have invited SBADS to take part in their annual Festival of One Act Plays which will be held from 14 – 16 March 2019 at the Shaftesbury Theatre, Dawlish.

This will be their third year in their new home, and the second year with their new name.

TADDfest has a total of ten awards on offer, with cups, shields and other trophies to be won in a variety of categories, including Youth Groups, Audience Appreciation, as well as acting, and directing.  Every competing team will receive a detailed analysis of their production, with hints and tips for future development, from the Adjudicator, who for this Festival will be Nick Wilkes, GoDA, in his first visit as adjudicator to South Devon.

TADDfest 2019 is part of the Western Division of the prestigious All England Theatre Festival. If the winning team has opted to go forward, that team is then eligible to compete in the further rounds of the competition (full details in the invitation letter linked below)

SBADS is asking all members and indeed readers of this post (Facebook and Twitter as well as the website) to consider whether they would be interested in directing such a one act play (between 20 and 55 minutes long) at the Festival in March.  SBADS will support the director completely in the production of the one-act play.  There will be a SBADS production in parallel over the period, but this will not prevent a successful entry.

Closing date for entering is 22 Jan 2019 so we would like anyone interested to get in touch (via email to info.sbads@gmail.com) before the end of this year.

The full invitation letter can be read here, and the Festival Rules here.