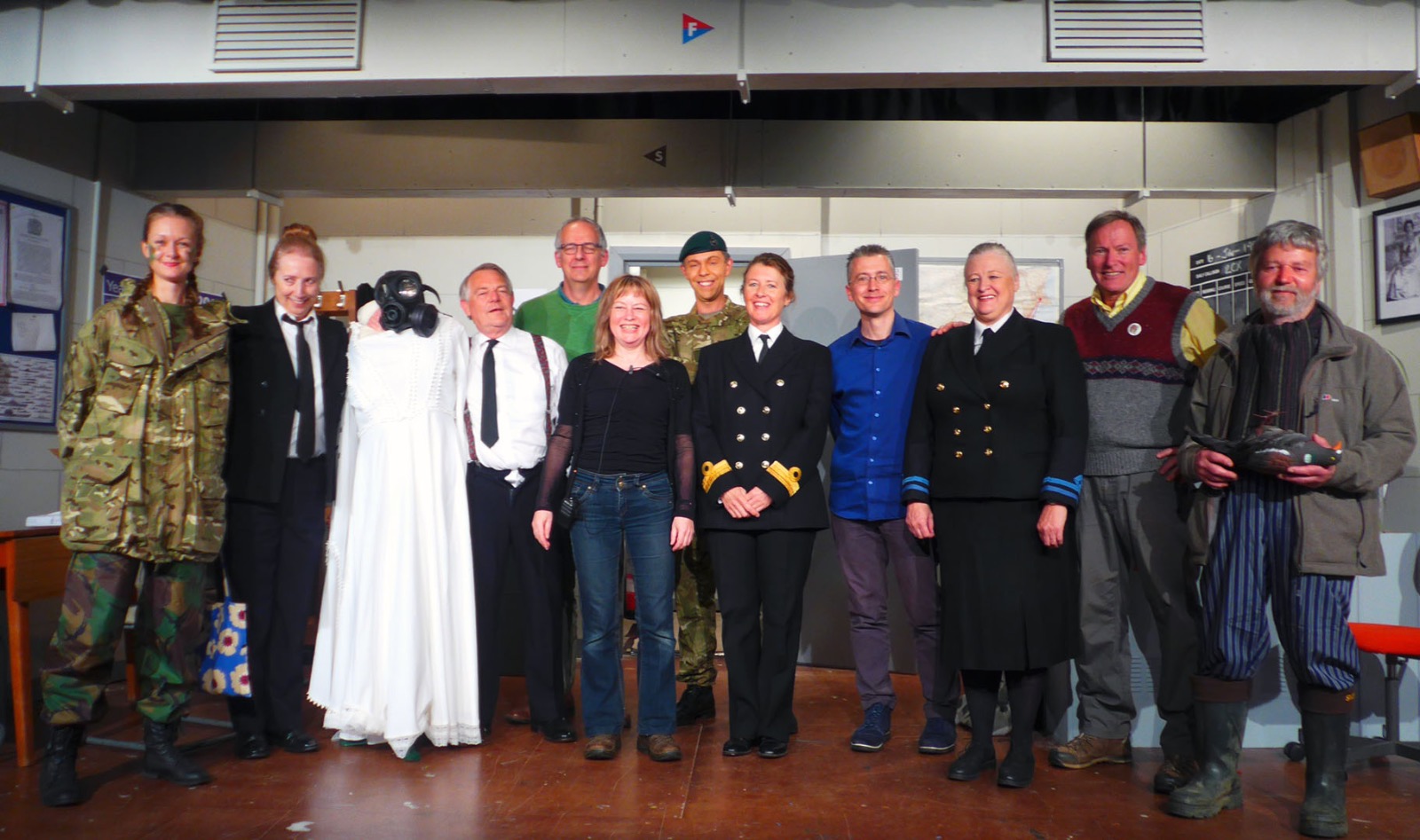 Well Done to the Cast and Crew of Bunkered!

Three near faultless nights in front of around 65 people each evening.  The bar was busy and the atmosphere one of a good night out by all..

What was particularly pleasing was the number of actors in their first drama roles for SBADS on the VH stage.  New blood is what keeps and will keep SBADS alive into the future.

Not pictured were those named in the programme for Production, Costumes, Publicity, and Sound Design.  Thank you also to all of the FoH team over the three days who ensured that they audiences had an enjoyable, stress-free and safe time.

They are standing in front of (and mostly blocking) the excellent set, another star of the show.  We must thank Tristram especially for his amazing attention to detail and ability to fashion almost anything out of wood, metal and scrap and make it look utterly realistic.  For three nights South Brent had a reconnaissance bunker buried in the Village Hall.

The set, like all its predecessors, exists now only in memory and photographs.  As always, members of the Committee, cast and crew gathered the morning after the last performance to return the VH to its normal set-up.  Lights have been moved or removed, and the set dismantled and stored.  We have returned props to their owners and repainted the back of the stage black.

You’d have a very hard time finding clues now that the play was ever there.  In that ephemera lies some of the magic of SBADS.  You have to participate or attend as an audience member else it is gone like thistledown on the wind…