BUNKERED has had two rollicking nights and is heading for its final performance.  Departing audiences have been full of praise for the cast, the set and the laughs.  An antidote to BREXIT; a counterpoint to climate change.  For just a couple of hours indulge yourself in a light hearted human comedy of errors and characters.

Here are a couple of comments from last night:

“Good enough to be filmed into a TV Series!”

You can still buy tickets online until about 6pm, in the Village Shop until about 5:30pm and of course on the door until a moment before curtain-up at 7:30pm.  So set the FA Cup final second half to record and come down to the Village Hall and enjoy this hard-working cast’s final performance of a comedic triumph – BUNKERED! 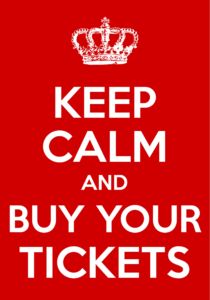