May Production will be “Gaslight” by Patrick Hamilton

GASLIGHT chosen as our May Production 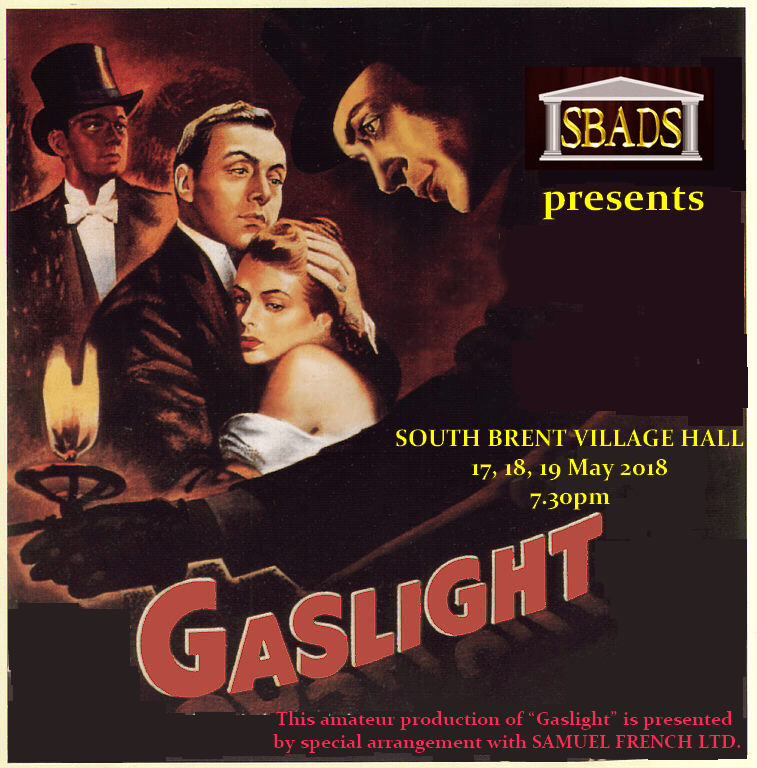 Patrick Hamilton’s well-known thriller has been chosen as our May production and we are looking for prospective cast members (3 female and four male (of whom two are non-speaking parts) and all the usual and essential support team.

First Casting / Auditions / Read through: 7:30pm planned to be at the Oak pub (upper room).  If enough come round we will have some snacks as well!

Rehearsals and Set construction / lighting until 13 May (Tech 12 May, Dress 13 May)

These are the parts; the ages are relatively flexible.

MRS MANNINGHAM, about thirty-four
A lovely, fairly innocent, and initially seemingly weak character, easily led by her husband and uneasy with servants.  Grows in steel and character throughout the play.
MR MANNINGHAM, around forty-five
Thoroughly nasty piece of work.  Narcissist, sociopath and psychopath.  Manipulative and coercive psychological bully used to getting his own way.  Murderer, unfaithful, amoral and lecherous.  A complex bad character to get teeth into.
ROUGH, an ex-detective, over sixty
The rock upon which Mrs M’s character finds a base and grows.  Decent, intelligent, resourceful and rarely flustered.  Moral and positive throughout.
ELIZABETH, the Manningham’s cook and housekeeper, about fifty
Solid, dependable, trustworthy woman.  Her sympathy is with Mrs M throughout, but she is sensitive to the need not to annoy Mr M.  Resourceful and flexible under pressure later and a thoroughly decent character.
NANCY, the Manningham’s’ maid, nineteen
A vain, self-centred young woman, jealous (and dismissive) of Mrs M.  Openly flaunts her authority and equally openly flirts with Mr M. Not a nice girl, but a deliciously dangerous character for a younger female SBADS member to explore.
TWO MEN (Non-speaking)
Plain clothes detectives assisting ROUGH.  Strong solid dependable. Walk-on parts late in Act 3 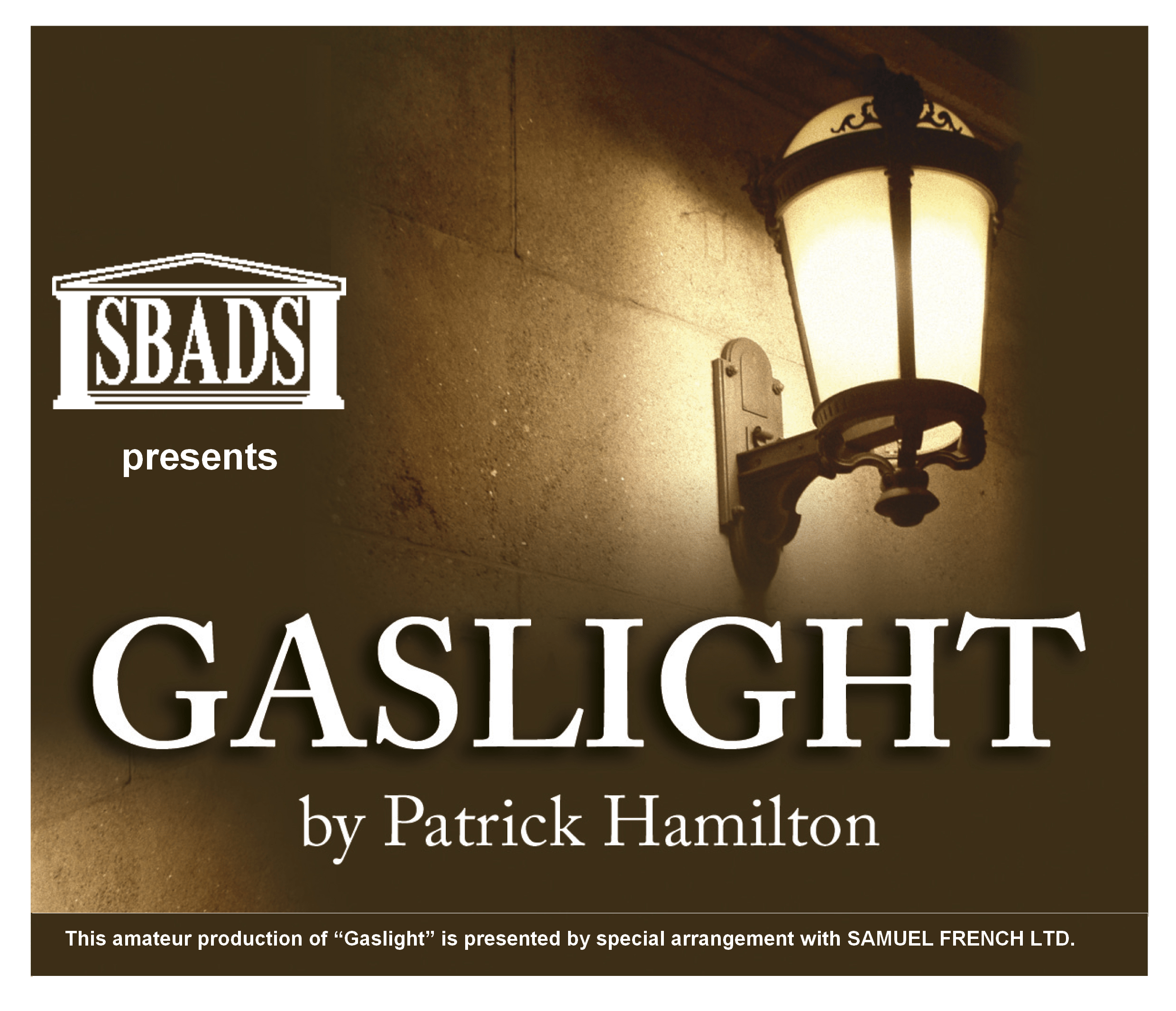