Well, that’s a wrap as they say in the film industry.  The case is as solved as could be, life at Muldoon Manor has returned to normal and the critics have moved on.

Here is the cast, relaxing on stage after the final curtain; the apparent halo around Robin Lee is in fact a portrait on the wall, not divine reflection on the titular role. 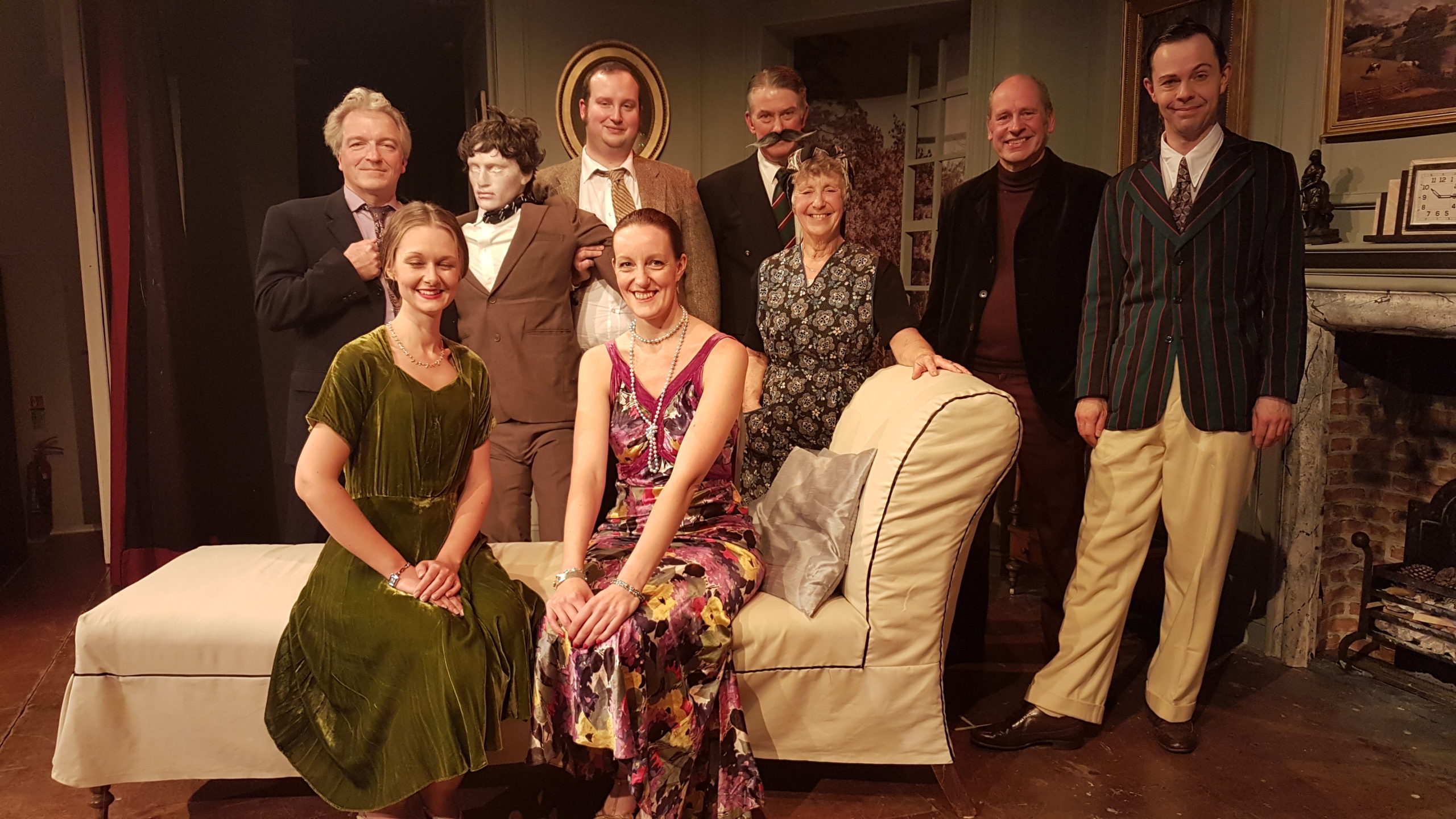 And here is the cast joined by the intrepid Director: Di Goodey; the Stage Manager: Peter Brown (with stage pistol!) and the Tech and Lighting gurus: Adam Cook and our latest recruit, Jim Powell.

The Director, Cast and Crew would like to thank all those who helped, in the bar, on the set, in publicity and on the costumes as well as the invaluable Front of House who made each performance possible.

And, of course to all those who decided to join us in the audience on the three nights – a grand total of 286 across the performances, including a near-sellout on the Saturday night – the biggest thank you of all.

Your support and your presence made the performances truly unique in each of themselves and gave the electricity of live theatre which simply cannot be found through a screen, however large the budget.